Women in Design: The Unsung Heroes

This International Women's Day, we're taking a moment to celebrate some of our favorite women in design! 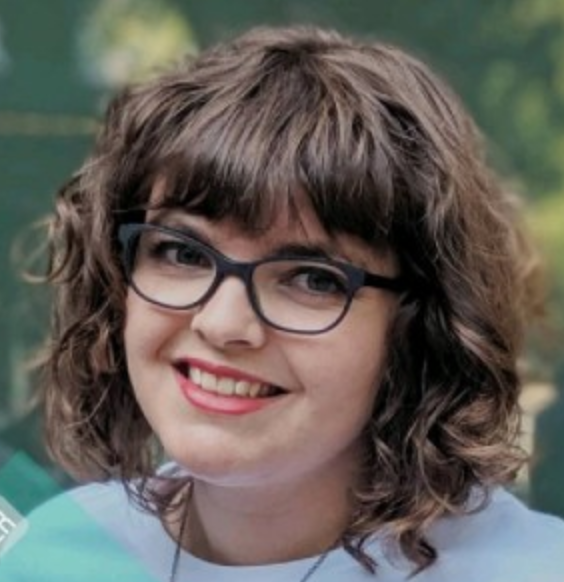 There has always been space for women in the design world, and the nearest badass female designer is usually only around the next corner. But that's not to say that we should look at design through rose-colored glasses. Doing that glosses over what the women who have risen to great design heights have had to overcome. It's pretty hard to celebrate the smashing of glass ceilings if we pretend they don't exist!

So this International Women's Day, we're taking a moment to recognize the state of the design industry, as well as a moment to celebrate some of our favorite artists.

The History of Women Designers, and the Hurdles We Face Today

From the outside, it may appear that design has no gender imbalance, as it's an industry that easily attracts many women. However, upon closer inspection, the problem remains clear. According to Creative Equals, 60% of Junior Designers are women, and yet only 16% of directors in the space are women. The glass ceiling still exists in design, but there are more women poised to smash it!

Women have been fighting to make space for themselves in the art and design worlds in two different ways. First, by doing. the. work. 👏

Landing landmark jobs, such as when Susan Kare created the iconic Mac fonts, icons, and graphics in the 1980s, and when Cine Pineles revolutionized the world of magazine covers in the 1930s.

Another way women demand space for themselves in design is by actively highlighting how unsung their efforts are. For example, Guerilla Girls designed this (rejected) billboard for the New York Public Art Fund in 1989. When their work was rejected, they ran it as a bus ad instead, highlighting the imbalance between women as muses, and women as artists in the Met.

When Guerilla Girls did a recount to keep the numbers updated, in 2005 and 2012 they found that they had in fact barely changed.

Today, women find that at entry-level they are surrounded by support and mentorship. But after being in the industry for 10-15 years, this level of support peters out. According to InVision, the sexism in design teams has leaked out into their creations, from female chatbots perpetuating stereotypes to crash test dummies almost exclusively having male dimensions.

So while hurdles still exist today, women are slowly gaining the confidence, resources, and role models to help each other overcome them. The shift towards a more equal world of design is moving in the right direction.

Getting Started in the Creative Industries As a Woman

The best part of being an artist in today's world is that you no longer need a fancy art degree or access to expensive workshops. And gone are the days of feeling adrift in a sea of male artists.

To get your start in the design world as a woman, communities such as Women Who Draw or Women Talk Design can bolster your confidence and offer support.

For learning, resources like Skillshare and CalArts via Coursera offer affordable/free and accessible education that you can pursue at your own pace.

Another bonus resource for designers is the Women of Illustration podcast, whose mission is to 'help female artists be heard, make art, and get paid.'

Laura is a multi-talented illustrator based in Brooklyn, New York. Discovering her passion for art at a young age, she enrolled at the Philadelphia Museum of Art, before moving on to the Pennsylvania College of Art and design, and the Fashion Institute of Technology. As a freelance artist, Laura has worked with many big name brands, including Converse and Urban Outfitters.

🛍 Pick up something beautiful from her online store

Isabela's work is deeply inspired by her hometown of Mexico City, which moves her to create vibrant characters and bold designs.

As a freelance illustrator and visual designer, Isabela has lent her talents to some impressive pop culture brand names, such as POPSUGAR, Hello Giggles, We Grow Latina, and many more. You can also find her work on the front cover of Monica Gomez-Hira's new novel, Once Upon A Quinceañera, to be published by Harper-Collins.

Bonnie Kate Wolf is a true swiss-army knife when it comes to design! Her portfolio spans multiple projects, both freelance and in-house, including everything from illustration and design to signage and iconography.

Currently based in San Francisco as a Product Designer on Design Systems at Netflix, Bonnie has worked with brands including Lush Cosmetics, Oura, Airbnb, Lyft, Square, Figma, Facebook, mmhmm, and The California Court System.

🌏 Check out her awesome portfolio

Kaylani uses her art to bring underrepresented people to the forefront, through her inclusive picture books and editorial art. Her published titles include 'A House for Every Bird', 'Magnificent Homespun Brown: A Celebration', 'When Aidin Became a Brother,' and more.

She states that her mission as an artist "is to support the stories of the under represented and create new ways for people to imagine themselves."

📚 Find her books on Bookshop.org

Tea Uglow brings her design talent to big tech, as a Founding Member and Creative Director for Google's Creative Lab in Sydney, Australia. Her work focuses on marrying the technology world with the arts, and exploring what can happen in the intersection between them.

On the topic of intersection, Tea is a vocal and active supporter (and trans member) of the LGBTQ+ community, mentoring queer, BAME, female, and other intersectional creatives worldwide.

You can get to know Tea through her published books, or her 1.6 million-view-strong TEDx talk, An Internet Without Screens Might Look Like This.

New York-based Paula Scher has been described as one of the most influential graphic designers in the world. Having worked for the branding giant Pentagram since 1991, where she is currently a partner, Paula has transformed enough brands to fill Time's Square and then some! Maybe you've heard of some of her clients...Coca-Cola, Microsoft, the Sundance Institute, the New York City Ballet, Tiffany & Co...

While working with Microsoft to redesign their logo in 2012, Paula famously asked "Your name is Windows. Why are you a flag?" Thus giving us the more fitting metro-style logo that still influences the company's aesthetic today.

🎨 Check out Paula's portfolio on Pentagram

📼 Watch Paula's episode from Netflix's Abstract: The Art of Design

Lauren Hom is a multi-award-winning designer and letterer, specializing in bright and fun typography. She's also an expert at "putting bread on her head", by making beautiful baked flower crowns. (Trust us, you'll want to see this!)

When Lauren isn't working with amazing brands like Adobe, Airbnb, Target, Ritz Carlton, and MailChimp, she's teaching her online classes in things like lettering, getting noticed as an artist, and mural painting.

🎨 Check out Lauren's work and classes

🖌 Looking for new tools? See all of Lauren's recommendations

Thanks to the perseverance and creativity of great designers such as these, more and more space is being made for women in the design world, and at more than just a junior level. There's never been a better time to be a woman in design, with diversity and inclusion sitting at the forefront of the industry's agenda.

With 54% of Blush artists being women, Blush is proud to be part of the incredible mission of strengthening diversity and inclusion in design. We are dedicated to championing space for women in the industry.

Now you have all of the inspiration, all of the tools, and an army of incredible women designers at your side. So go forth and make great art!

(Or hire awesome women designers, whichever boat you're in!) 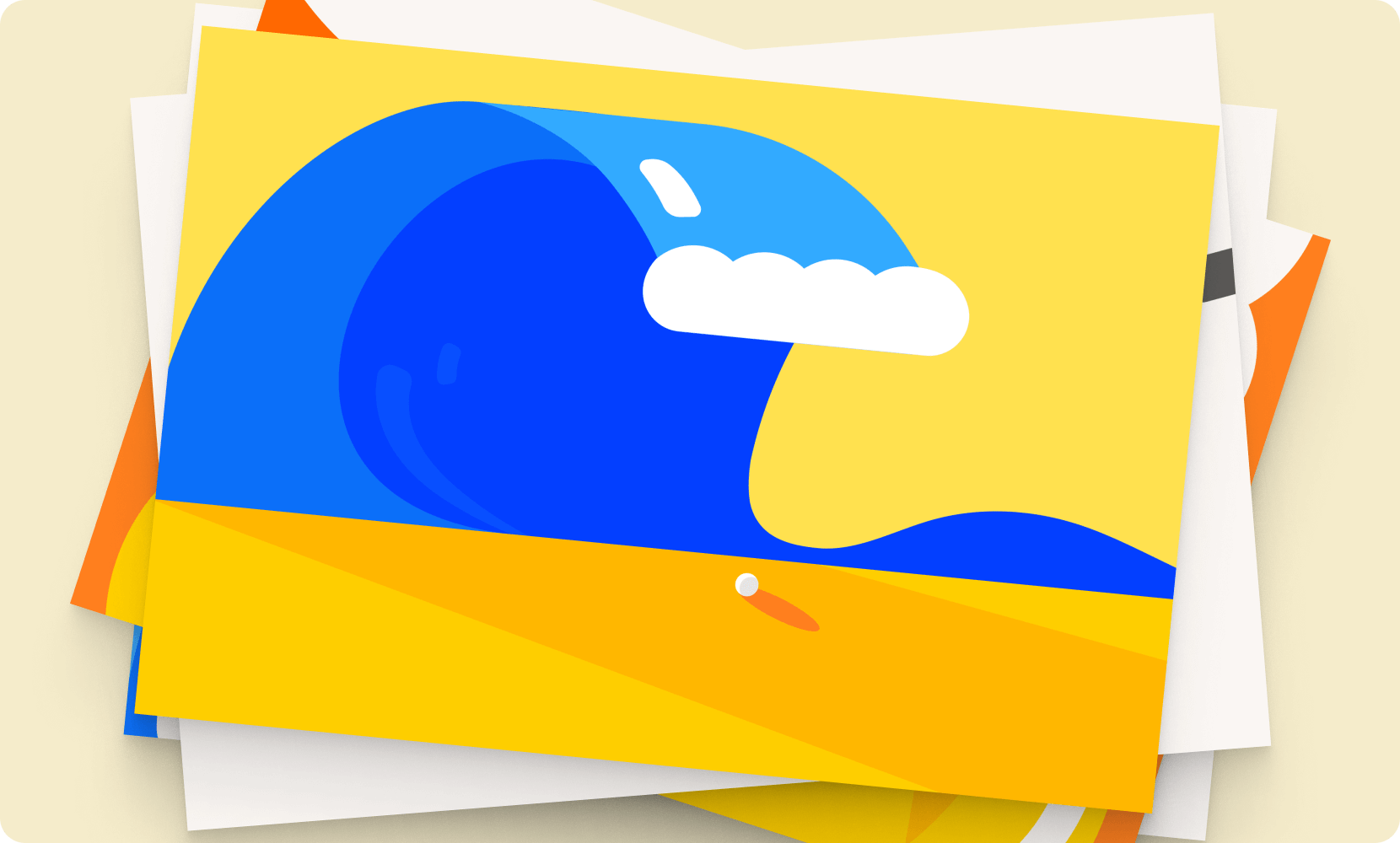 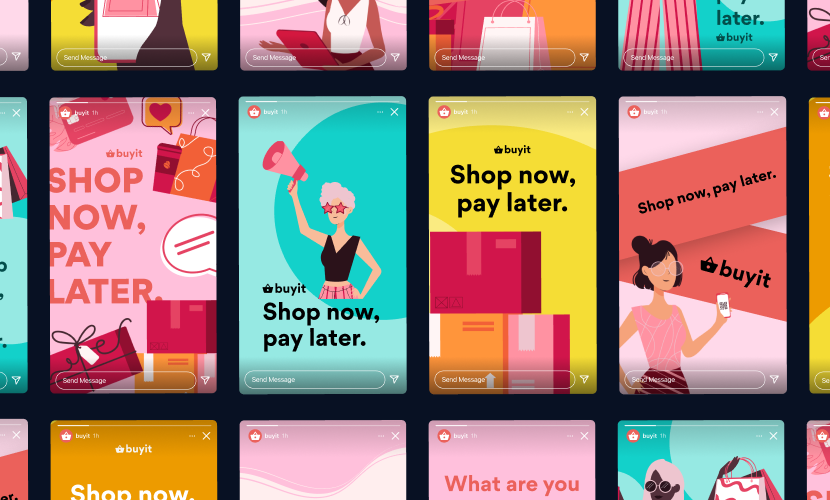 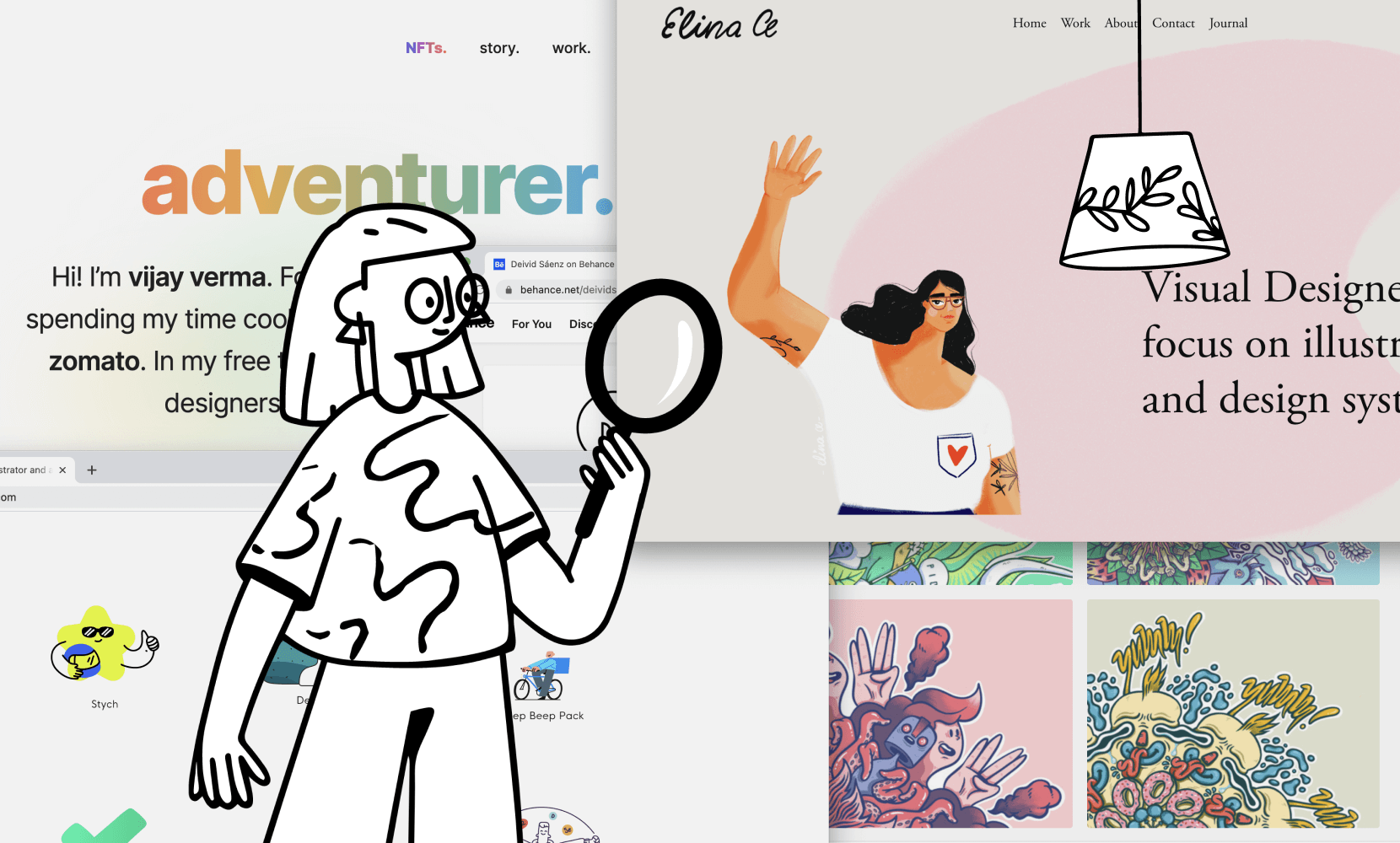